Birthstone of the Month

The Emerald: The Jewel of the Ancient World

The emerald, the gorgeous green gem and May's birthstone, was known throughout the Ancient worlds of Rome, Greece, and Egypt, due mainly to large emerald mines near Cairo. Nameless for hundreds of years, these mines were eventually named after Cleopatra, the famous Egyptian queen known for her love of emerald jewelry. The mines were seen as so valuable that most emerald enthusiasts believed these mines were guarded by supernatural beings.

Emeralds were believed to hold special powers in the Ancient world. Aristotle wrote that those who had to give a speech should wear emerald necklaces or emerald rings, because the emeralds would help the speaker's eloquence. In Ancient Greece emerald quickly became associated with Aphrodite, the goddess of love; it was believed that if the wearer of emerald jewelry was unfaithful, the emeralds would change color and therefore betray their wearer. Pliny the Elder, a Roman author and naturalist, wrote that emeralds could help with sight and it was reported that the Roman emperor, Nero, was sometimes seen peering through an emerald monocle to watch various sporting events.

Today we know that emeralds do not change colors with infidelity and can not be used to enhance eyesight. But the same thing that attracted the Ancient world to the emerald, to believe that the emerald was protected by the, and was itself, supernatural, attracts us today: its gorgeous and full green hues. 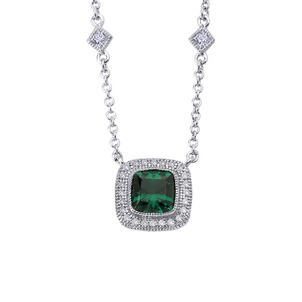 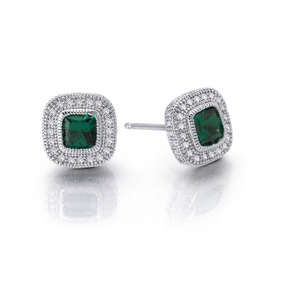